How did google get to the devine status 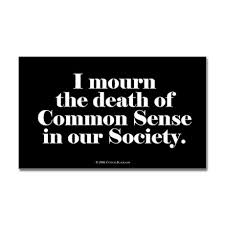 A Tribute to my Father and the wisdom he shared

In a couple of days it will be my Birthday and this year its extra special for it will Father’s day. But Father’s day was also the exact day i was born. I was this great gift from my mother to my father. I haven’t spoken or seen the old wise man in years now. Not that I don’t want to but because I haven’t had much success in locating him for how can you find someone that doesn’t want to be found. As a little girl I have always admired my father, I mean what little girl doesn’t to me he was this strong, intelligent, business savvy, visionary and incredible creative and handy man. He always had a solution for almost any challenge and he always spoke words of wisdom. Words I didn’t always get for as a kid or a teenager you always think your parents are only there to make you miserable.

But tell you what looking back on it all I have to admit that formal education did not teach me that many hands on things the most practical lessons and maybe the most valuable lessons were thought to me by my father and my grandmother. I was taught to have vision and a goal plan for but always expect the unexpected. Isn’t it the unexpected that teaches us the most? We learn what not to do and how to be flexible. So why be so fearful? We came into this world with nothing, bud naked and will leave with absolutely nothing. When you lose it all you learn appreciate what you have and when you give you make room to receive greater and better things. It’s simple as traffic of coming and going. Like the late Zig Ziglar said “you were born to WIN but to be a WINNER you must PLAN to WIN, PREPARE to WIN and EXPECT to WIN”. Powerful words but let me add this to it loosing is also part of the plan for it teaches you to let go and not attach yourself to the outcome. Life is about creating new paths around obstacles that you cannot move. When a plan doesn’t work, you simply move on to the NEXT. Keep reinventing yourself, Keep improving yourself and stay motion. Remember a moving target is difficult to pin down (it’s the sitting duck always gets shot first There is something i would like to share with you. Something formal education did not teach but that i learned from my dad and grandmother. To always trust and challenge yourself. Follow your heart and let your intuition guide you.

This long introduction leads me to something that keeps me busy almost every other day. Being a Socialpreneur, I get to work with people. It’s what I love doing connecting, communicating, interacting, coaching, motivating and inspiring people who are stuck in life or their endeavors. Teaching awareness, as a Rocialpreneur my currency is giving value by being of service to the community.

Elevating  google to the devine status

Not so long ago after having a heated discussion with a person who had some weird idea that when in doubt the only trust worthy answer to any question would be found on Google.

I posted the following picture on my page. 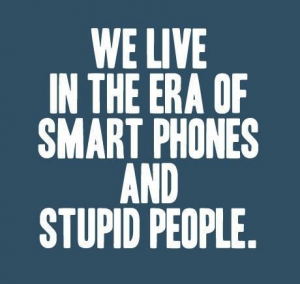 Isn’t it fair to ask the following question?  Do Smartphone’s, computer and the internet, create stupid people?  Don’t get me wrong but I have a Smartphone and a computer both with access to the internet. But honestly when I learned how Google really worked I stop putting all my faith in Google and whatever searches Google came up with. This man was mad at me for telling him not to believe everything he reads and what Google tells him because Google like any other media only shows you what is convenient and is based on your graph and past searches making it biased. I tried to explain what motivated me to tell him all this because I knew how Google operates. He wasn’t getting and it was his remark that made my toes curl up like twister fries. It was my experience against what Google said. How crazy is that? These were his exact words:  He had stated that he had turned to Google for advice (sounds funny but true) and Google says XYZ and if Google says it than it is true. I was frustrated and sad because I realized that it is exactly these types of people that fall prey to the opportunist that feed their negative believes to the public.  So i asked if he believes everything that is on Google. Google is still a tool that searches content, content people like me and you and I put on the internet. In all honesty where there are honest, genuine and balanced people creating great content,  you also have those who are frustrated and negative and those really sad cases that use your fears and insecurities to lure you to their websites to make a quick buck and to get readers of the trash . I mean is that what tabloids, news and media are all about? It’s Not about the news but all about the sale or and now a days the traffic to the website.

I continued and asked him since when did Google become some kind of GOD? Reminding him that is it still an object, a thing with no life and cannot think on its own. Since when did humanity, who supposedly is the most intelligent being on the planet, become so primitive that it cannot use the one thing that would separate it from all other species? Common sense, the ability to choose right from wrong.  I asked him if he knew what the most powerful organ in a human body is. Is it the brain or the heart? His reply was a miserable attempt to make me feel less intelligent and replied with a question asking me why I would ask such a stupid question and proceeded by saying  of course it’s the brain. I smiled with confidence forgiving him for his defensive posture and replied” I bet you Google didn’t tell that your heart is the more powerful than your brains. For the heart is able to function without any help from the brain. But the brain can never function if the heart fails. The heart is the master of the entire body. We are emotional beings we respond to emotions that come from the heart and send signals to the brain telling it to cry or laugh. You know what; he still found it hard to accept.  And do you know why?

“It’s simple because my name is not Google”

What ever happend to common sense?

I remember the words my father taught me so clearly never put all my trust in a machine for it is made by the hand of man. Yet humanity somewhere down the road decided to put all their trust and all their faith into machines and technology. Our kids can’t count because of the calculator, soon they won’t be able to read because the rely on video’s and audio books .Heck they already don’t know even know how to write properly because their spelling is checked through the use of the auto correction on their Smartphone’s and the use of abbreviation, they won’t even know what a book or a piece of paper feels like a few years from now. There is an app for almost everything; one to tell you in what mood you are and when to relax. What’s next an app to tell you when or how to breathe? (By now there must be one)

Oh wait the next best thing would be the common sense app. I mean how many of us actually use the one we have built in. Again don’t get me wrong I love and enjoy using technology, especially if it used for its true purpose of helping those who need help like the blind or the imperative some are revolutionary and darn easy. I admit I do go gaga on gadgets because what they represents CREATIVITY but I make sure I don’t become fully dependent of them and always use my common sense.

I hope you appreciate me sharing the lessons I’ve learned through out my life and that you will allow me to keep inspiring you with my posts. Please share with your friends and don’t forget to hit the like button or follow me on one of the social media platforms like Facebook, Twitter, Pintrest or Rippln. If you would like to work with me or becoming a partner please leave your contact information in the opt-in box.

Appreciate you stopping by